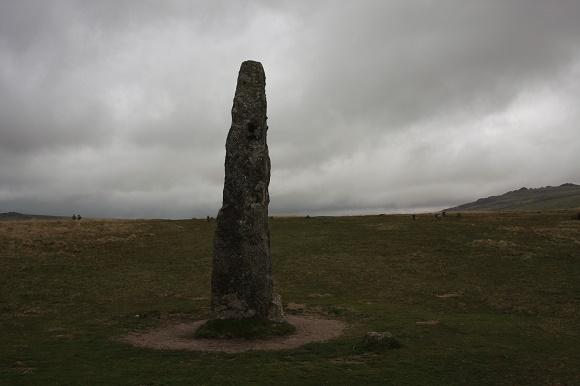 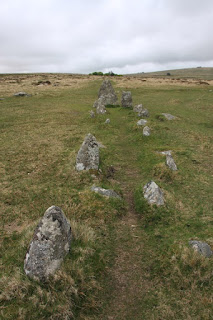 You might not be able to spot it in the gloomy photo, but just behind that imposing megalith is a stone circle that I felt had rather lovely energy even on a wet and windy day.

It is on Dartmoor and is part of the Merrivale prehistoric settlement complex. The site has a real abundance of stone monuments. Beside the remains of a Bronze Age settlement there is a vast area of ritual sites including three stone rows, two stone circles, standing stones and cairns.

Last week I was on holiday in the West Country. After spending a lovely weekend in Glastonbury for the Dragon Festival and before going to Boscastle for the Museum of Witchcraft and Magic exhibition and conference, I spent several days on Dartmoor looking for stone circles. I blogged about Belstone None Stones and Scorhill at the time, but was so busy doing stuff that I didn't have time to blog about Merrivale then.

I'm sharing some of the photos I took on this post now and over the next week or so I'll be blogging about a few more things from my holiday.

Merrivale is managed by English Heritage, but there is no charge to get in. In fact, it isn't even well signposted. You can park about a 5-minute walk away, at Four Winds car park off the B3357, but I spent a good 15 minutes wandering about on the moors before I found the first stones of the ancient site. Do wear stout footwear and waterproof clothing if you go looking for it yourself. 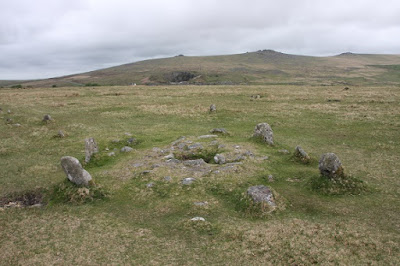