Psychogeography: Transform Your Town As You Walk 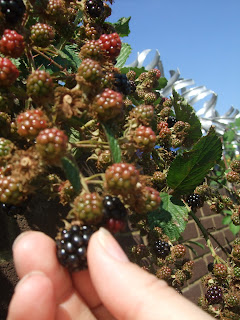 Psychogeography means walking around a town or city and picking up the atmosphere or energy of the urban environment. It is about sensing its psychological effects, and working with that in unconventional ways.

The most quoted definition comes from Guy Debord, in Paris in the 1950s, who described it as "the study of the precise laws and specific effects of the geographical environment, consciously organized or not, on the emotions and behavior of individuals." That does sound like something out of a sociology textbook, and plenty of psychogeographers have thought of it in those terms, but these days it is more about thinking creatively and learning to see our city with fresh eyes.

The back cover blurb on a book Psychogeography by Merlin Coverley says: “Psychogeography provides us with new ways of apprehending our surroundings, transforming the familiar streets of our everyday experience into something new and unexpected.”

Another, vaguer, but perhaps more apt definition comes from Joseph Hart who did a write-up about a psychogeographers’ convention in New York in 2004. In an article, A New Way of Walking, he wrote: “'psychogeography,' a slightly stuffy term that's been applied to a whole toy box full of playful, inventive strategies for exploring cities. Psychogeography includes just about anything that takes pedestrians off their predictable paths and jolts them into a new awareness of the urban landscape.”

The term was first coined by the French movement Lettrist International, a group of radical artists and theorists, in the early 1950s. The idea was that wandering around the city was not only the best way to apprehend the urban environment, it also let you envisage a new environment that would overcome the world's banality. It was a method of creating change. This was taken up by Guy Debord and the left wing group Situationist International in France, in the 1950s and 1960s.

In its early days, the Situationists saw psychogeography as a tool for assessing the emotional impact of cities on their inhabitants. They saw it as being a revolutionary activity, but later they gave it up and moved on to more standard revolutionary activities, like rioting.

Although the term was first coined in 1950s' Paris, Merlin Coverley describes its origins as being in London a few centuries earlier, with  Daniel Defoe's A Journal of the Plague Year - a fictionalised account of one man's wanderings around London during the Great Plague. William Blake has been described as the Godfather of Psychogeography because of his imaginary reconstruction of London as the New Jerusalem. Other visionary writers seen as precursors of psychogeography include Thomas de Quincy, who described his drug-fuelled journeys around London in his book Confessions of an English Opium Eater; Robert Louis Stevenson, the author of Dr Jekyll and Mr Hyde; and Arthur Machen, who wrote The London Adventure or the Art of Wandering. Arthur Watkins, who came up with the idea of ley lines, is also seen as highly influential.

Jumping forward, towards the end of the 20th century, Iain Sinclair’s 1975 book Lud Heat is set in London – the city of King Lud - during a hot summer, and was influenced by the ideas of ley lines, Egyptian funerary rites and magical symbolism in Hawksmoor’s churches to envision occult forces at work in the city. He went on to use walking and writing for social comment in books including London Orbital. Along with Iain Sinclair, Will Self, John Rogers and Nick Papadimitriou have produced creative works of psychogeography – although Iain and Nick often prefer the term “deep topography” to describe their walks of urban discovery. The documentary The London Perambulator is the work of all four, along with comedian Russell Brand, on that topic.

Another term, coined by Phil Smith, author of On Walking, is "mythogeography". He writes:


"Mythogeography is an experimental approach to places as if they were sites for performances, crime scenes or amateur excavations (let’s say, grave robbing) of multiple layers of treasure. To get at these different aspects of place and space, mythogeography draws on all kinds of ‘low theory’; amateur and poetic assembling into manifestos of things I have learned ... while out on the road. Mythogeography is a hybrid of ideas, tactics and strategies. It embraces both respectable (academic, scientific, culturally validated) and non-respectable (Fortean, antiquarian, mystical, fictional) knowledges..."

The technique he suggests using when you want to turn a walk into something more mythogeographical, he calls“Crab Man’s Razor”. He writes:


"A common research protocol is Occam’s Razor: the idea that the simplest explanation is the likeliest. Turn this around and adopt, no matter how fragmentary and partial your evidence, the most complex, sinister and portentous explanations possible until disproved by further evidence. Check out the secret codes on manhole covers. You might also adopt a complementary Fortean approach: assuming that the greatest significance is to be found among anomalies and minorities."

If you are wanting to turn a daily walk around your town into something a bit different. Why not give those techniques a go?  Here's a link to a psychogeographical walk I did around my own home town a few years ago. The picture at the top is one I took on that walk.

I had a Druid friend who went on an organised trip round Chadwell Heath years ago, having its history described on the journey. He told me the space at the back of the old police station was the site of the village stocks. That building later became the Eva Hart pub, and the stocks were positioned where the hatch for collecting empty glasses now is. One evening I just happened to be gazing blankly in that direction when an invisible missile (rotten tomato or turnip perhaps?) hit a stack of glasses and smashed them to bits. Since then we've been a bit more careful where we sit!
Jane M