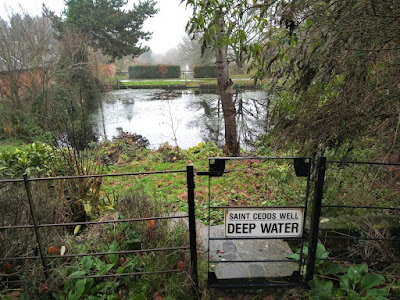 Even on a grey and misty day in the middle of winter, St Cedd’s Well feels as though it has calming and healing energy. I visited the well, in the grounds of St Mary Magdalene Church North Ockendon, Essex, on the way to seeing relatives on Boxing Day. 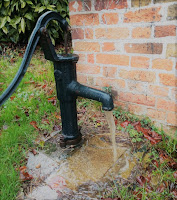 I'd been looking at my list of resolutions for the year and saw one I hadn't done yet was to visit a sacred site outside London that I hadn't been to before. Looking at the Megalithic Portal website, I spotted St Cedd’s Well as being a short detour from my route. I'm glad I went there as it is a lovely, peaceful place.

Steps lead down from a clearly marked gate in the churchyard to the well, which is housed in a brick surround with a wooden roof. A hand-driven pump at the side lets you draw water from it, and a channel from the well runs down into a small lake. You can also sit on a bench to once side and enjoy a rest and quiet contemplation. I have no idea if the water is drinkable. I won't be trying that, but I will be using the water for scrying on New Year's Eve.

The well gets its name from a Christian missionary who, according to legend, converted East Saxons to Christianity after 633AD. It's said he used the waters for baptism. However, it's also possible that the well was also considered sacred by pagans before that time. 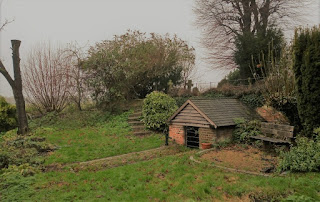 A more grisly fact of history is mentioned in an article in the Romford Recorder, that William the Conqueror issued a grant for St Mary Magdalene Church to be a “church in which the examination of the judgement of fire and water is held by ancient custom”. Judgement of water was one test used on people suspected of witchcraft. If you sank you were innocent, but if you floated you were guilty. Thankfully there's no records showing this was actually done at St Cedd's Well, just that it could have been.

I later discovered that I hadn't achieved my goal of visiting a sacred site outside the capital, as North Ockendon is actually the easternmost and most outlying bit of Greater London. Still, it seems very much a country area and I'm very pleased I payed a visit.