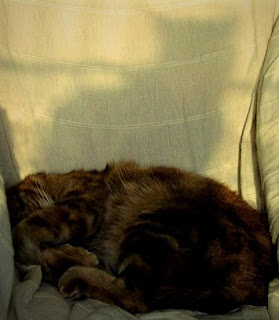 Astral travel is the subject of my post today, thanks to a fascinating question sent by Westley when I asked for suggestions for things to write about on A Bad Witch's Blog. Westley wrote:

What is the Astral Plane?

The astral plane is generally thought of as a place where spirits dwell or where spirits can travel. In some esotoric or religious paths it's thought of a region between the earthly plane and other dwelling places for souls after death. Some magical practitioners use the astral plane for non-corporeal work including casting circles of protection to keep out unwanted entities or creating sacred spaces. You don't actually need to astral travel or have an out-of-body experience in order to work with astral forces. Casting a circle is a particular example - and yes, I would generally recommend doing that before any magical or psychic work, especially planned astral travel.

My personal perspective is that it's easier to glimpse the astral than to do astral projection, and that's where any trainee witch should start. As you cast a circle, visualise the protective energy around you and try to sense it there. You might see it or feel it or you might intuitively know where it is. Scrying is another way of trying to view things on the astral plane, using a crystal ball, dark mirror or bowl of water. Lucid dreaming and trance states can also be used for astral work.

Some covens create an astral temple to use for group rituals when they can't meet up in person. One method is for all members to agree on what the temple should look like. It doesn't have to be a classical temple - it could look like a grove of trees, a witch's cottage or a mountain top. They can then use trancework, shamanic journeying techniques or visualisation exercises to go there either in spirit or in their mind's eye. They don't actually need to send their spirit there via an OOB experience. The more they work with the temple space, the stronger it becomes. At times when they can't meet up in person, they can all agree to do the same ritual at the same time in their own spaces but visualising visiting the astral temple first. Again, it isn't essential for coven members to astrally project their spirits there for the link between the group to be effective. The witch who trained me was a Jungian counsellor and she said that was because our spirits are all actually connected through the collective unconscious.

My own experience is that projecting my spirit out of my body is far more difficult than peering into the astral while staying in my body. It's more risky, so do cast that circle and practice astral viewing before travelling out into the spirit realm. One book I would recommend that clearly explains techniques for astral projection is Pagan Portals - Meditation, by Rachel Patterson. It's aimed specifically at pagans and witches. The first part covers basic meditation techniques, but then goes into a wide range of techniques to get your consciousness outside your physical body. I found the book helpful, as before trying Rachel's suggestions I'd only ever had actual out-of-body experiences when very ill. I don't recommend getting ill for spiritual development purposes, but I will describe one experience I had 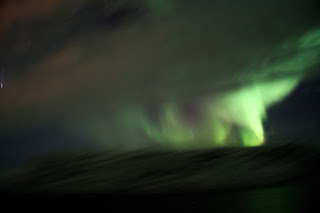 I was on a boat off the coast of Norway in the Arctic Circle, hoping to see the Northern Lights. One night, there was a storm and I was sea-sick. I lay in my cabin unable to move without retching. When there was an announcement that the Northern Lights had appeared in the sky, I tried to get up, but the motion of the ship made me vomit immediately. I don't recall ever feeling so awful before. I lay back on the bed, but then something strange happened. It seemed as though I was floating out of my body. I drifted towards the ceiling of my cabin, then through that to the weather deck, then up into the air. I could see the Northern Lights in the night sky. I could see other passengers around me watching them.

Then, I started to see more than that - I could see spirits among the lights. There were faces of old men who looked like ancient Sami people. They seemed dour, with formidable expressions, and I wasn't sure they approved of me or of any of what they were looking down at from their place in the dancing lights. Then I noticed another face - that of a woman with blond hair and a woven shawl or head-covering of some kind - she spoke to me. She said: "They aren't as stern as they look. I was a traveller here myself once."

After that I drifted back down, through the deck, into my cabin and back into my body. I realised I didn't feel nearly so seasick too. I did manage to see the Northern Lights in person at other times on that cruise, but I never again saw faces in them.

Of course I realise my experience could have been just my imagination. However, as I wrote in answer to the question "What Do You Do When Others See Things You Can't?", what's most important in spiritual work is that it means something to the person themselves. So, in answer to Westley's question, I do believe it's possible to have an out-of-body experience, but it doesn't matter if you find it difficult to do. I'm a very earthy kind of witch and most of the work I do is practical magic, divination, and celebrating the Wheel of the Year.

Testing what you see when scrying or astral travelling to verify whether what you saw was real or imaginary is worth doing, but don't be disillusioned too quickly. Spiritual paths are more about self-discovery and learning than about achieving quick results.

Fantastic piece of literature. Thank you so much for this in-depth writing, your OOB experience in respects to the northern lights sounds fascinating, I will give the practice further consideration and revert back to you should I be successful. Blessed be.

Thank you Liczyrzepa and good luck with your practice!

I tried astral projection once, lost concentration and got thrown back into my body with such force it's made me very reluctant to try again!

I sympathise! I find it difficult too. With a great deal of effort I can manage to get a sense of separation from my body, but usually that happens with my feet first for some reason, which is very disorientating as it feels like my feet are floating up and my head is pointing down!