Imbolc At Primrose Hill With The Lads 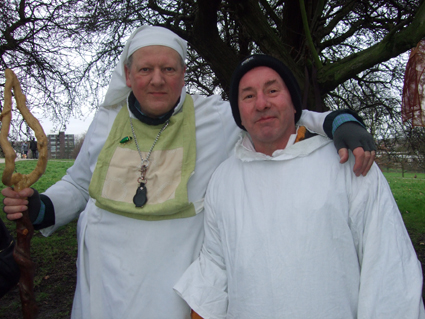 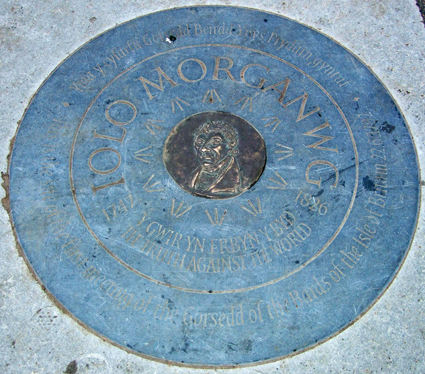 On Sunday I celebrated Imbolc with the Loose Association of Druids (the Lads) in the Hawthorn Grove on Primrose Hill.

It's been traditional to hold druidic ceremonies there since 1792, when antiquarian Iolo Morganwg performed a public druidic ritual to revive the traditions performed by our distant ancestors on the most prominent point on the north bank of the Thames. The photo on the right shows a plaque commemorating Iolo, at the top of the hill.

I’m not sure how many people would have gathered on Primrose Hill to celebrate Imbolc in history, but there was a big crowd there on Sunday, considering the cold weather. According to organiser Jeremy Morgan (otherwise known as Jay the Tailor), it was the largest turnout for a Lads Imbolc rite he can remember. People like outdoor celebrations in the warm weather, but not so much at the coldest time of the year.

It was a beautiful ritual with poetic words, song, dance and feasting. People brought delicious home-made cakes as well as warming ginger wine and flasks of hot coffee for the feast. The packets of crisps I had contributed were ignored, and I'm not really surprised because the cakes were much nicer.

After the feast, we are asked to make a wish for the year to come and given gifts – a nut and sprig of heather – as symbols of the season’s blessings.

One small thing marred an otherwise perfect day. When we arrive at the Hawthorn Grove we discovered that others had been using the space the night before – and not a group that respected the environment. We found the remains of a camp fire, even though fires are banned in the park. We also found a circle marked out in flour on the ground. It could have been worse. At least flour is biodegradable and doesn’t cause long-term damage to the grass, but it was unsightly. We spent some time tidying up before we started.

All the pagan groups I know are very environmentally conscious. Most pagans make sure to leave only their footprints behind when they have ritualed at a sacred site. Yet responsible groups - like the Lads - often find they have to clear away litter left by others when they arrive.

So please, if you are out and about, do make sure you take your litter home with you and only have fires where fires are permitted.

The photo at the top shows druids Jay the Tailor (left) and Peter the Painter. The photo below shows the view over London from the top of Primrose Hill. 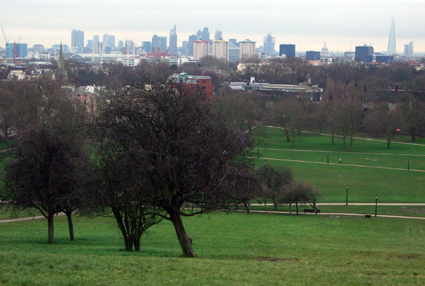