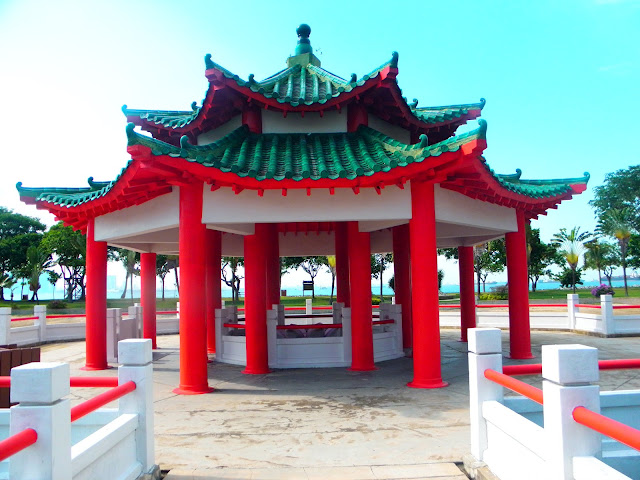 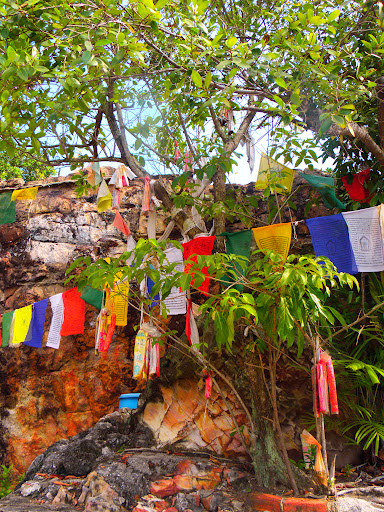 These beautiful photos were sent in my Mini, who said: "I recently visited Kusu Island in Singapore and captured these photographs of the Wishing Well and the Wishing Tree. This is a tranquil island well known for its sandy lagoons and beautiful beaches. Moreover, there is an interesting folklore attached to this island. Kusu Island means 'Tortoise Island' in Chinese, so called because of a legend where a magical tortoise turned itself into the island to save two shipwrecked sailors.

"Each year during the ninth lunar month - sometime between September and November - thousands of devotees flock here for their annual Kusu Pilgrimage in the hope of good health, peace, happiness, good luck and prosperity. Popular Chinese temple Da Bo Gong was built by a wealthy businessman in 1923 and houses two main deities: Da Bo Gong and Guan Yin. The former is widely regarded as having the power to bestow prosperity, cure diseases, calm the sea and avert danger, while Guan Yin is known as the 'giver of sons'.

"On top of a rugged hillock stand three holy shrines to Malay Saints, or Kramats, built to commemorate 19th century pious man, Syed Abdul Rahman, his mother Nenek Ghalib and sister Puteri Fatimah. Many devotees climb the 152 steps to pray for wealth, good marriage, good health and harmony. The shrines are also popular with childless couples because of their strong links to fertility."

Mini added: "Devotees try to hit the three bells inside the well with coins to make their wishes come true. Also, they tie a symbolic red string around a piece of folded paper containing their wish, then hurl it high into a 'Wishing Tree'. It is believed that the higher up the tree you wish lands, the higher your chances of having it come true."

They are lovely photos and very appropriate as Chinese New Year is celebrated this weekend. Thanks very much for letting me use them Mini, and for providing so much information about them!

Note: The photos on this post are copyright Mini and are reproduced here with permission. 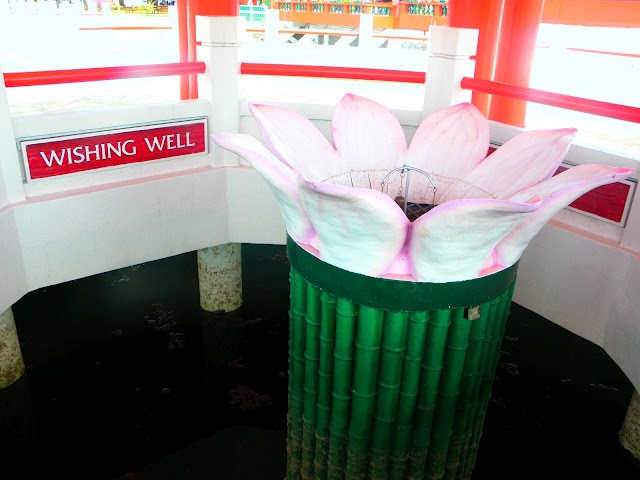