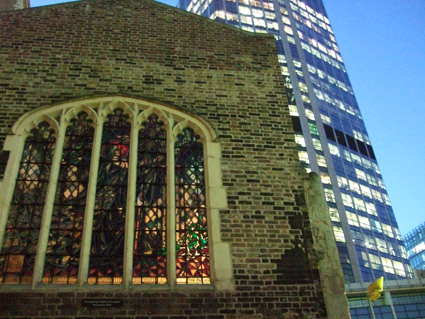 If you live in London and like to find out about unusual things to see and do, Curio City is an equally unusual publication that will be right up your street. Each issue has a map on one side and mini-features about intriguing places that are worth a visit.

However, the map is no ordinary map - each one is based on a theme. The last issue was all about animals, the latest issue's map is called Celestial London. It offers an original guide to the constellations of the capital, defined by interesting things you can do at night. These include stargazing at the Hampstead Observatory, cocktails in Mayfair, ghost hunting from Hammersmith to Notting Hill and finding an early breakfast near London's wholesale markets.

Rather than offering numbered editions, Curio City uses letters and aims to be an A to Z of London, yet very different to the famous map books of that name. To celebrate the launch of the third issue, Curio City C, Editors Henry and Matt put on an evening of film, talks and conversation, called Curious City. It was held last Tuesday evening in the heart of the City of London, in St Ethelburga's church, which is something of a curiosity in itself. 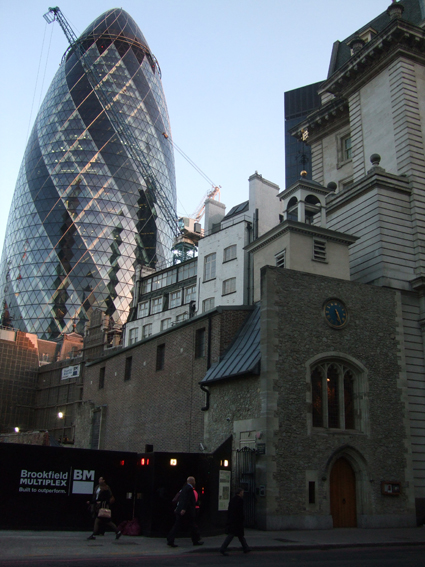 One of the oldest medieval churches in the City, St Ethelburga's survived the Great Fire of London and the Blitz, but was devastated by an IRA bomb in Bishopsgate in 1993. After that it was rebuilt as St Ethelberga's Centre for Reconciliation and Peace, and is now a unique meeting place that aims to bring together people from different faiths and beliefs.

You can see views of St Ethelberga's from the front and the rear courtyard in the photographs at the top of this post and to the right. It is almost hidden in the shadows of the modern skyscrapers all around it - and another tall building is about to be constructed right next to it. Yet the church is a haven of peace and tranquillity. Do visit if you haven't done so already.

The first speaker at Curious City was Mark Mason, author of Walk the Lines: The London Underground, Overground.

His book is about his own explorations of London by following London Tube routes above ground on foot. He talked about this, and other unusual ways of exploring the City. Curio City C explains how Mark took a night-time stroll along the roads above the Jubilee Line, starting at Stanmore at 11pm. He says: "The delights of having the streets to yourself puts a whole new twist on the capital."

Mark's talk was followed by a screening of Men of the City, a documentary by film-maker Marc Isaacs following the lives of people who worked in the City of London over the period of the financial crisis in 2008. The three main figures (pictured below) were a trader who experienced the full pressures of the market crash and two men with traditional working class roles - a street cleaner and a sandwich-board man. The latter sadly losing his job, as many have during the recession.

The film was extremely moving, showing how beyond the differences in social strata, we are all people who care for our families and struggle for a happy work-life balance amid pressures from our bosses and the need to earn a living.

You can find out more about Curo City and order copies of issue C at http://www.curiocity.org.uk/ 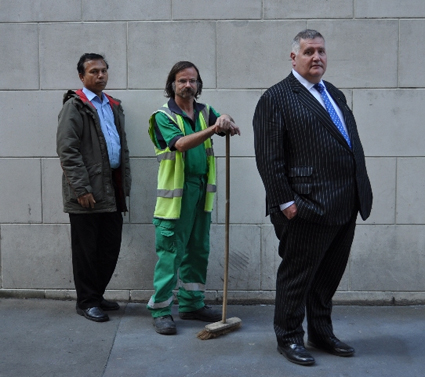