Pink Moon or Hare Moon? Which Will You Celebrate? 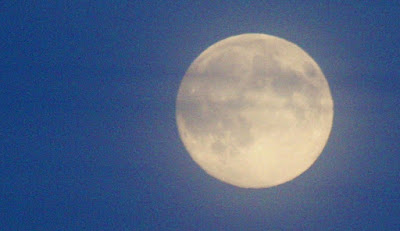 The full moon in a couple of days has some lovely names. One of them is Pink Moon, which it gets from the pink-flowering phlox plant that covers the ground in parts of North America at this time of year. Yes, you guess it, it could well be a colonial appropriation of an Native American name for the moon at this time.

Phlox plants will grow in England though - and there are many different varieties. I recall that my witchy aunt had loads of them in her garden in the springtime and I loved them.

If you wanted to do some simple candle magic to draw on the power of the Pink Moon, you could try my Big Hugs Candle Magic spell, which uses a pink candle with the associations of the colour to help you feel 'in the pink'.

Pink is also associated with the Goddess Venus - and Fridays - so this would be a perfect time for a love spell.

Another name for a full moon in April or early May is Hare Moon. Many modern witches have adopted the image of the hare and the moon as a symbol of their craft, so perhaps that's a better name to use. Other names for it are Grass Moon, Fish Moon and Egg Moon.

The actual time of the full moon is at 1.58am GMT on April 30, but it will be full enough from now until Monday night for the purposes of pagan celebrations and spellwork.

What name do you prefer to use - and will you be doing anything to celebrate it?

Somehow I prefer Hare moon , don't really know why just the sound of it maybe.
Norm.