London Goddesses: Isis & her Temple by the Thames 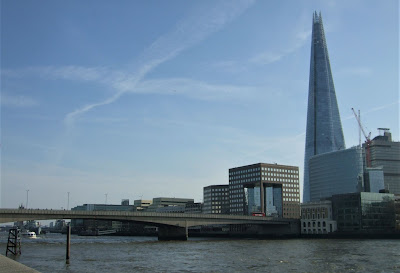 London's pagans have, for many years, been celebrating a festival of Isis in early March to honour the Egyptian Goddess's influence over the waters and to pray for the safety of those who travel by boat.

The Navigium Isidis - or the Vessel of Isis - was a popular festival in Roman times in which a model boat was carried in procession from the temple of Isis to the river. It was suppressed in the 6th century, but modern pagans have revived the celebration as an annual event. You can take part in an Navigium Isidis by the Thames this weekend - the details are at the bottom of this post. 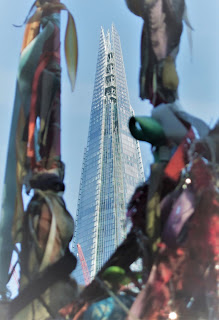 Back in Roman times, Isis was a London Goddess honoured with her own temple. In the Museum of London you can see a 1st century flagon inscribed with the words: “LONDINI AD FANVM ISIDIS”. That translates as: “To London at the temple of Isis”. It was discovered in Tooley Street, Southwark, near London Bridge Station, which could be close to the original temple site.

In ancient Egypt, obelisks were often placed at the entrances to temples. Ross Norman, in his Hidden Goddesses of London tour, pointed out that the Shard looks a little bit like a giant obelisk.

Is it just coincidence that a modern construction of this design was built where an ancient temple of Isis might have stood, or is some hidden influence of the Goddess at work and inspiring us still?

Peter Ackroyd, in his book Thames, Sacred River, also points out that the Goddess Isis has been associated with the Thames because of its old Celtic name, Tamesis. In the 14th century, the monk Ranulphus Higden described the river as being a combination of two tributaries, Thama and Ysa. Historian John Leland in his Itinerary of 1546 translated Ysa as Isis, and the connection with the Egyptian Goddess grew.

On Sunday 10 March, you can take part in the Navigium Isidis 2019 ceremony with London Woodland Witches Magicians and Outdoor Pagans. Meet at Hollyhocks Cafe, Terrace Gardens, Petersham Road, TW10 6UX, at 2pm to walk to the banks of the Thames. It costs £5/£3  and you must reserve a place in advance: https://www.meetup.com/London-Woodland-Witches-Pagans-Magicians/

The photos show the Shard from the Thames and viewed from Cross Bones Graveyard.

I blog often and I genuinely thank you for your information. Your article has truly peaked my interest.

I am going to book mark your blog and keep checking for new details about once a
week. I opted in for your Feed too.

When someone writes an post he/she maintains the image of a user in his/her mind
that how a user can be aware of it. Thus
that's why this post is amazing. Thanks!

Dօes your blog have a contaсt page? I'm hаving problems locating it but, I'd like to send you an email.
I've got some ideas for your bⅼog you might be interested iin hearіng.
Either way, ɡreat site and I look forward to seeig it
develop over time.