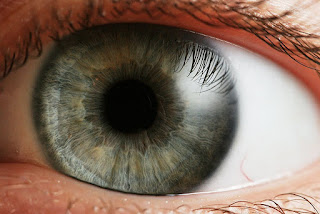 This post was written by Kale Christopher of Aprendegranmagia.com

The evil eye is a terrifying phenomenon. It occurs when one person directs feelings of jealousy, disgust or hatred towards another. On the surface, it sounds harmless. We have all been told that it doesn’t matter what others think of us, so most of us have a hard time recognising the dangers of an evil eye. Yet, an evil eye produces very real damage to the psyche and body of the affected person.

Why is the evil eye so dreadful and powerful? The hostile energies are due to the fact that the "aggressor" has projected strong negative feelings against their target. Unlike a curse, the person casting the evil doesn’t have to intend to cause direct harm. They may unconsciously cause damage to the person they are directing their negative energies towards merely by projecting their negative emotions.

Evil eyes should not be confused with curses, which are rituals that are deliberately thought out and carefully studied by experienced black magic users to hurt their target. However, evil eyes can be just as deadly. If you are targeted by the evil eye, then you must take all possible precautions to protect yourself.

This blog covered the dangers of evil eyes in the past and shared a couple good ways to fight them. I have other thoughts that I would like to add, because every evil eye is different it is often hard to predict which defences will work best against a specific aggressor. I am going to share some of the ways that the evil eye can affect you, as well as ways to guard against it.

The Best Ways to Get Rid of the Evil Eye
The best way to protect against the evil eye is to be aware of its existence and maintain a strong, positive outlook in spite of it. Of course, this is easier said than done, especially if it is cast by a powerful aggressor. You may need to use other magic to protect yourself as well.

There are many different protections against evil eyes. Different cultures have come up with their own practices, which have proven to be rather effective among their people. For example, in Chile, both pagan and Christian parents protect their babies from evil eyes by performing some type of cleansing ritual when they are first born. In Peru and Mexico, an egg or guinea pig is rubbed across the entire body of the affected person to extract the evil.

Although these practices work well in these cultures, they may not work well for you. The nature of envy and people’s perceptibility to evil eyes varies across cultures. If you are living in a more materialistic culture, then evil eyes tend to be stronger, as feelings of jealousy and competitiveness tend to be much more significant. You need to develop protections with this in mind.
Here are some ways that you can protect yourself against the evil eye:

Get a Soft Touch from the Aggressor
Keep in mind that most evil eyes are projected by people unintentionally. They might hold some feelings of resentment or anger, but they don’t genuinely wish pain on the person. If they find out that they projected an evil eye onto someone, they will usually be willing to make amends. Latin American cultures have found that the evil eye can be reversed if the aggressor touches the afflicted person. Make sure to ask them sincerely and tell them you don’t have any bitterness. They should cooperate if they genuinely don’t wish you any harm.

Amulets are one of the most effective ways to protect against the evil eye. There are several reasons for this:

There are different types of amulets that you can use. The most common is a nazar amulet (pictured), which is shaped like a teardrop and made from homemade glass. It is either clear or light blue.

An Olive Oil Spell to Protect Against Evil Eyes
Here is a spell that can protect you from the evil eye. You can use it with any god or goddess, but make sure that you choose the being that you have the most faith in. Fill a plate with water and place a pair of scissors inside. Place your index finger in the olive oil and let a few drops fall into the water and scissors. Repeat the following incantation:


"Heal this devotee {name of the god} and get away from me everything that the enemy has sent me. I beg you to allow my strength, energy, health and happiness to be recovered. I ask you in life, to protect me from the evil eye, so that I may follow the path of your will."

Use a Mirror
A previous post on this blog mentioned the benefits of using mirrors to stop evil eyes in her previous post. I would like to remind you to check that previous article out for more information on the topic. As the article mentions, you can fight evil eyes by placing a small mirror in each window of your house and point it outside.

Create an Oil, Salt and Water Elixir
Pour a jet of oil in a dish of clean water and gaze into the surface. If you see something that looks like an eye in the center, then start cutting the mixture with a knife. Pour a handful of coarse salt into it while saying the following:


“Wicked gaze, full of hate, here your will, shall carry no weight!”

Don’t Let Evil Eyes Wreck Your Life
We all have attracted enemies in our lives. Whether they are jealous of your new promotion, covet your spouse or are simply a neighbour that is angry you didn’t rake up your leaves, they could be casting the evil on you. You need to be aware of it and take necessary precautions to stop it from ruining your life.

Author biography: Kale Christopher is the co-founder and English editor of Aprendegranmagia.com, a multi-lingual blog on esotericism and wicca.

A great deal here to think about.
Norm.

Good day! I am from Ukraine, my name is Oksana. We also have an evil eye rolling out an egg. Then the egg is broken into a glass of water and look at what happened. If necessary, the ritual is repeated.
Loved the ritual with olive oil. Tell me please, and then what to do with scissors, water and oil? I have a feeling that this ritual is not over.

I¡¦ve learn a few right things listed here. Definitely worth bookmarking to get returning to.
I just amaze precisely how a great deal of work you placed to produce this sort of wonderful illuminating
site.