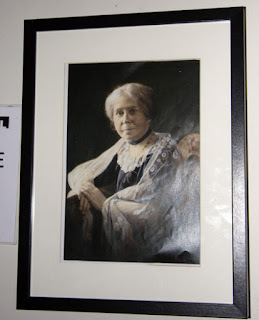 Margaret Murray, as most readers of my blog will know, was a renowned Egyptologist who turned her attention to European witchcraft and wrote the book The Witch Cult in Western Europe in the 1920s. This was immensely influential in the creation of modern pagan witchcraft, particularly Wicca. Her idea was that an ancient pagan witch cult had survived through the ages and that remnants of it could still be found in isolated places in the early 20th century. However, as the description of Helen's talk said:


"For the last 20 years or more, modern Witches have been involved in a project of historical revisionism. They’ve rejected the claims made by Margaret Murray, and borrowed by Gerald Gardner, that modern Witchcraft is a direct continuation from an archaic pan-European fertility cult. Instead, they follow the arguments of historians that Murray’s work was heavily flawed; for some her work provides a valuable foundation myth, while others prefer to reject it altogether in search of more realist histories."

Recently, academics have been revisiting Margaret Murray's work and considering its positive aspects. While academics and most pagans now agree she got her history wrong, she arguably got her feminism right, and as Helen Cornish said: "She took witchcraft seriously when other historians didn't." In that, she was ahead of her time.

Helen Cornish pointed out that there are two ways of looking at witchcraft: operative magic and ritual. Margaret Murray chose the wrong one. Using confessions from witchcraft trials, she decided that the rituals some of them described were ancient, while she dismissed the work of cunning folk as not being that important. Nowadays, historians and modern pagan witches see it the other way around.

Cunning folk existed and there is plenty of evidence of their practices as well as their cultural significance. Contemporary witches are also more likely to look for the wise women who might have been our ancestors, than try to trace some lineage of priestesses back to the prehistoric past.