Magical Dolls: A Poppet I Made to Help Me Write 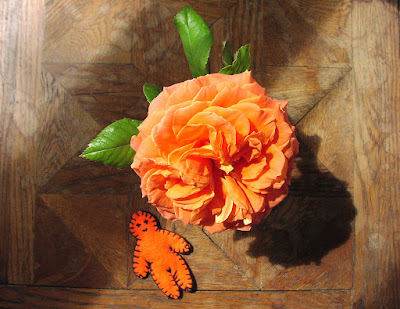 Here is the poppet I made when I was just about to start writing Pagan Portals - Poppets and Magical Dolls - which is officially published in just one week's time!

Poppets are dolls used for sympathetic magic. They are often designed to represent people in spells to help, heal or harm. While you can make a poppet that looks ultra-realistic, most are stylised and you can use the symbolism of colour to boost an endeavour. I chose orange for my poppet because the colour is associated with Mercury, God of Communication - fitting for a writing project. 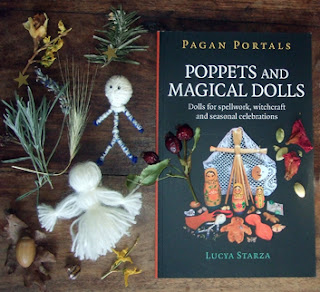 I filled my little doll with herbs to boost the effect as well: rosemary, which is good for all mental powers; thyme for courage; lavender for clarity and balance. After I had finished sewing the pieces together, I cast a circle and enchanted my poppet to help me with the work that lay ahead.

Writing a book is only the first stage though. The final manuscript went to the publisher, Moon Books, nine months ago. I held an early launch event at Treadwell's bookshop, in London, last month, where a few early copies were available to buy, but Friday 31 August is when it reaches general sale.

On September 8; I will be reading from Pagan Portals - Poppets and Magical Dolls at Wicca Moon, 50 Well Hall Road, London SE9 6SH at 2pm. For further details about that you can contact Shirlee@wiccamoon.org.uk, call 0208 850 7803 or visit www.facebook.com/WiccaMoonEltham/or www.wiccamoon.co.uk

Good job!! can i share this in my blog ?